The game is 2D hardcore fast-paced platforming autoscroller set into a simple world with flat graphics, using only gradient and colors to maintain a certain mood and atmosphere. The main goal is to finish the current level with the minimum required star count. The game’s screen consists mostly of a background, various platforms and obstacles. The game is based on quick reflexes and reactions of the player, whohas to adjust to the number of obstacles and the speed of the character.

The game is built in Unity engine. It is being developed primarily for PC and mobile devices.

Levels consist of two different realities – top and bottom – which the player can switch between as he progresses through the level.
Each of these realities, or worlds, has different physical conditions – different gravity and speed. So the player has to adjust the movement of his character to these conditions.
They have to jump and flip when needed, otherwise they can lose stars or die. After death, the level automatically restarts.

Each level comes with a different difficulty. As the player progresses, further levels are more difficult to beat. The goal of each level is to reach minimum stars.  Only after reaching the needed number of stars a new level is unlocked. The game will consist of 20 levels. At the beginning, player is presented with 3 tutorial levels. Each of these represent a new game mechanics that player needs to master to overcome various obstacles. In the mobile version of the game, these are supported via simple animations: 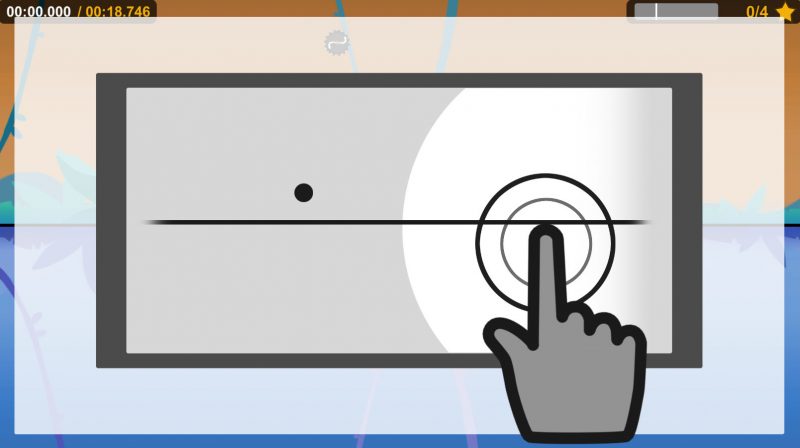